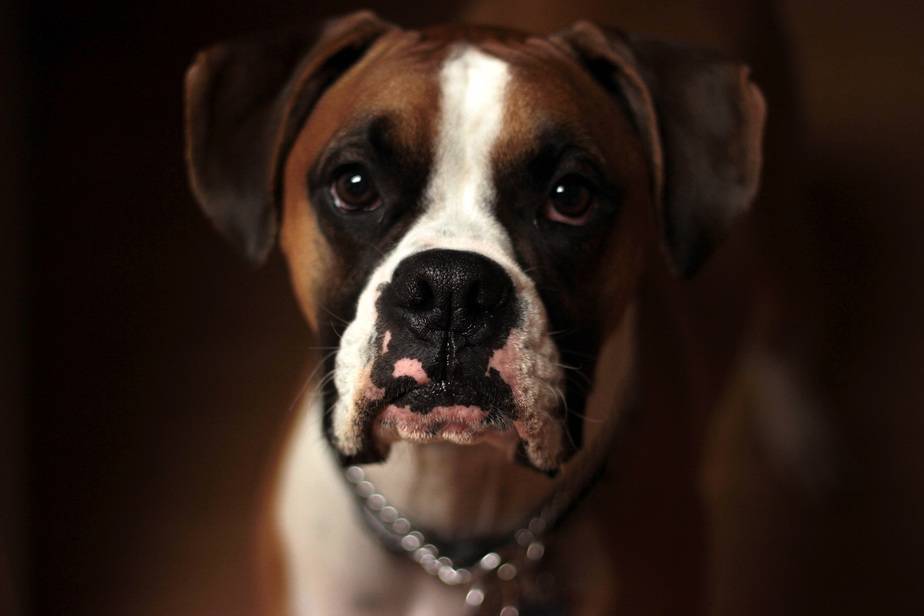 The Big Beginning of the Boxer

A carving of a dog that looks eerily like a boxer was found on a tomb in Arnstadt, in Germany. The plot twist? The tomb belongs to Elizabeth of Hohenstein who was buried in 1368! That’s not all, this historic breed pops up on Flemish tapestries of the 16th and 17th centuries. You can see them on the hunt, chasing stags and boars.

Boxer dogs became very popular in Munich where the breed is thought to have originated. This dog breed has had quite a few controversies over the years. The first Boxer Club in the UK was closed because of disagreements over almost everything pertaining to Boxers. We didn’t think it possible to disagree on every detail regarding what constitutes a dog breed but we are clearly not experts. However, by 1905, people finally agreed on a standard for the Boxer that would be accepted once and for all. The Munich Boxer Club drew up the standard which exists largely unchanged even today.

The first Boxer dog in America was imported in 1903 from Switzerland. The new owner of the dog was New York Chief Justice of the Court of Appeals, Irving Lehman who went on to import many other Boxer dogs. The first Boxer dog registered with the American Kennel Club was in 1904. Its name was Arnulf Grandenz. Although that name may sound very German, Arnulf was bred in America by James Welch. This Illinois native is one of the many dogs that we learned about in Dogs for defense: how Skip, Spot, and Rover went off to fight World War II. This blog post from the American History Museum is a great read for history buffs who also love pups.

Temperament: attachment, defensive skill, cleverness, aptitude, and learning abilities. A boxer is a playful dog which is high spirited and known to make a good guard dog. They are capable of giving unconditional love to their owners. The Boxer is bold, courageous and protective yet peaceable, enthusiastic and good-natured.  The Boxer excels in obedience programs, therapy work, agility competition, as well as being excellent watchdogs. Boxers are very mischievous and are inclined to misbehave if they do not have proper training.

Famous Boxers You Should Check Out

A boxer dog named George was used in media advertisements in the early 1990s. He was an instant hit. He eventually became a household name with his Colman’s ads in the UK.

The Boxer Dog With The Longest T-o-n-g-u-e!

A boxer dog called Brandy was featured on Ripley’s Believe It Or Not because of her long tongue. It was a 17 inch long tongue!  Brandy, hailing from Michigan, USA, was born in 1995 and could eat from a bowl 13 inches away!

What Were Boxer Dogs Bred For?

The Boxer was used for bull baiting, cart pulling, livestock herding, hunting huge animals such as boar and bison, and, unfortunately, dog fighting.

Why Are Boxer Dogs Called Boxers?

Boxers got their name from their tendency to play by standing up on their hind legs and boxing with their front paws. We couldn’t verify if this theory is historically accurate but many folks give this as a plausible explanation.

What Type Of Dog Is A Boxer?

Boxers absolutely love their humans. They greet you with full body wiggles and a ton of kisses. These dogs fancy themselves lap dogs and will lean against you hard. It’s called the “Boxer lean” and let me tell you, they put their whole weight into it! Boxers are extremely active and need exercise on a daily basis. They tend to be quite stubborn but they are also very eager to please. We know…it’s a whole paradox!

Boxers tend to drool, so this would probably not be a good breed for a neat freak.

Why Boxers Are The Best

The Boxer is an amazing dog and is extremely playful, energetic and definitely a handful. The boxer is unique and beloved by many. They are extremely intelligent dogs, which can work to your advantage when it comes to training, but then again can be very disadvantageous, as they know how to use their intelligence to get what they want

What Color Are Boxer Dogs?

A note on white Boxers

White Boxers are not recognized in dog shows and should not be bred because they are prone to sunburn and skin problems. White Boxers are also prone to hearing loss and deafness. Many people think that the white Boxer is a rare and unique dog; a novelty. A responsible breeder will many times have you sign a contract that the puppy will be spayed or neutered.

Tips for Those Buying a Boxer Puppy

You should choose an outgoing, playful puppy.  You do not want a timid, shy puppy, or one who is aggressive.  Look at the puppy’s surroundings. If the environment is unsanitary, you probably don’t want a puppy from there!  A healthy puppy should have a clean, soft coat. The ears should be clean and pink inside, the eyes clear and bright.  The gums should be pink and firm. A good breeder will be happy to discuss any health related issues with you. Without proper training, the Boxer can become quite obnoxious and destructive..

People who do not know boxers tend to assume that they are naturally aggressive when they are in fact the opposite and could not be more playful than any other dog!  Because of their good stature and aggressive look, people are automatically assuming this dog could do more harm than good. If your boxer is not trained properly then he just might.

How Long Do Boxers Live?

Boxers have a relatively long lifespan for bigger dogs. They usually live up to 10 to 12 years on average. Plan for a decade of fun with your pup at the very least!

How To Train A boxer?

First golden rule: be patient! Start early as 6 weeks old you should start training your puppy. It will help with socialization, play time and teaching your new dog. Make it fun and your boxer is more likely to listen.

The main aspect of training for a boxer is socialization.They need to get accustomed to other dogs, children, strangers, etc. The best way to do this is training classes: that way your boxer will be trained alongside other dogs.

You enter the rebellious teenage phase if we can call it that. Your dog may begin to test for dominance, nip and show you who’s boss…by not listening to you! You have to be a strong leader and show that bad behaviors will not be tolerated in your household. Boxers are genuinely a lovable family dog so do not give up! Be patient in your training as we said previously.