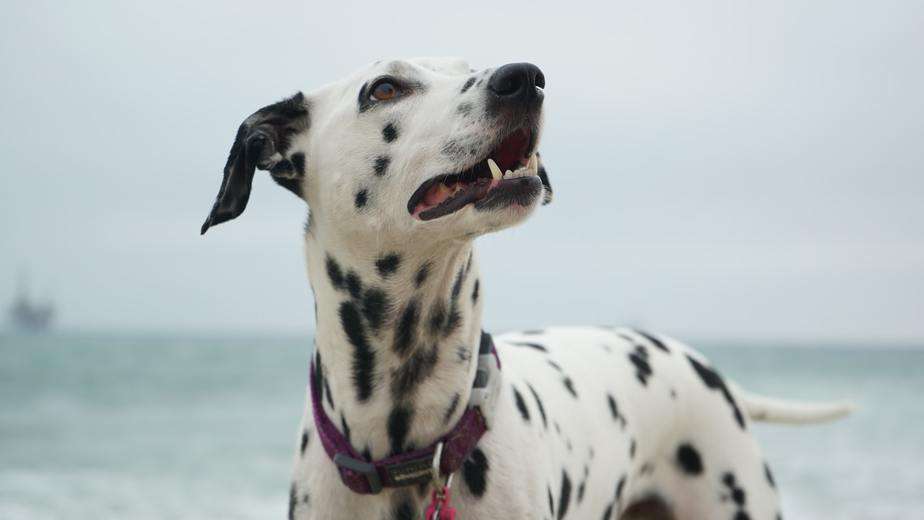 1. What is the origin of the name Dalmatian?

The breed was named after Dalmatia, a place in Western Croatia, on the Adriatic sea. The name Dalmatia is related to the Dalmatae tribe.

They live a long time: 10 to 13 years on average. These dogs are long lived compared to other bigger breeds that live around 6 to 8 years. You should be responsible and make sure you are ready to adopt a companion for the next decade at least.

3. Is a Dalmatian a Good Family Dog?

Dalmations are sometimes temperamental and aren’t always compatible with young children. They are good dogs if you have older children at home.

4. Why are Dalmatians so Rare?

Were it not for a gentleman named Fred Kemp, who was President of the British Dalmatian Club and a third generation owner of this breed with which he himself was involved for more than half a century, Dalmatians might not have survived World War I. Mr. Kemp is credited with having kept alive dogs in his kennel through the difficult and in many cases devastating period between 1914 and the Armistice in 1918, providing breeding stock at the end of this period.

Most Dalmatians are friendly but some can be aggressive. Dalmatians have a natural instinct to guard and protect their pack. This can cause them to be aggressive with strangers. Any threat or shady behavior from strangers will earn a bark or a growl from a Dalmatian.

They are loyal to their family, that’s for sure. The Dalmatian has a natural protective instinct. These dogs are great family dogs for that. If you have one of these lovely creatures at home, you can rest assured that you are their number one priority.

Yes, they are! Dalmatians were brought to Great Britain by members of the British aristocracy. These striking spotted dogs were a must for the upper crust. The dogs were taught to station themselves beneath the rear axle of the coach, and in some cases to trot underneath the pole separating the horses.

8. Where They Firehouse Dogs?

The dalmatian also became known for his very famous role of being a “firehouse dog”. This was said to have started with the dogs being used as ratters, for the function of killing vermin in London’s stables and firehouses, which they did with expertise.  Today, many Dalmatians can still be seen riding on the fire trucks with their masters. Dalmatians are still considered as the mascot and are often found in firehouses around the world.

9. Where They Circus Clowns?

But the Dalmatian is not only known as the “firehouse dog”, he also worked in war times as a sentinel, served as shepherd’s dogs and as draft dogs. They also have been seen in circus shows as “assistant” of the clowns, their intelligence,  aptitude, and showy appearance having fitted them particularly well for this activity.

10. What Year Did the Walt Disney Movie Come Out?

I think my love for dalmatians began when I saw the infamous movie about them during my childhood. The movie 101 Dalmatians came out on January 25, 1961. If you ask me though, it came out in the 90s! Bottom line, that movie is timeless.

11. What Was The Name Of The Dog On The Sublime Album Cover?

The dog was named after the lead singer’s grandfather Louie Nowell. This Dalmatian became the mascot of the band. You could often see Louie on stage during live Sublime concerts.

13. Did You Know Dalmatian Puppies Are Born Without Spots?

Dalmatian Puppies Have No Spots at Birth. In the famous movie, Pongo and Perdita’s 15 puppies are all white at first, just like real life Dalmatians. These dogs only get their spots as they grow.  Their first spots usually appear within 10 days; however, spots are visible on their skin from birth. They continue to develop until the dog is around 18 months old.

14. Are Dalmatian Spots Unique To Each Dog?

Yes they are! No two Dalmatians are the same when it comes to their spots. It’s incredibly unique since those spots are not on the fur but on the skin itself. These pooches have spots in their mouth and in other non-furry areas!

15. What Are Some Of The Best Names For A Dalmatian?

Yes! They make the most adorable skin cancer prevention ambassadors.

They also show up during the Super Bowl and those are some big deal ads.

They are used by Budweiser as a Mascot. The breed has been associated with the brewery since 1950.

McDonalds also has a Dalmatian ad

This is something I thought I could do easily but it turns out that I only know Pongo and Perdita. Even though Perdita gave birth to 15 puppies, they aren’t all given names in the movie. We only have Lucky, Rolly, Patch, Penny, Pepper, and Freckles. That makes for 8 names total.

17. How Do You Pronounce Dalmatian In English?

You can practice how to pronounce words directly in Google.

18. When Do Dalmatians Shed?

There are two shedding seasons: January to May and July to December. Dalmatians shed the most in spring and then in the fall.

19. Why Do Dalmatians Have Spots?

These dogs are known for their piebald pattern. We bred them to be this way. In dogs with multicolored coats, white areas have no pigment cells. A piebald or pied animal is one that has a pattern of unpigmented spots (white) on a pigmented background of hair. That’s why Dalmatians have spots and are a bit more rare than other breeds.

20. Are There Black Dalmatians With White Spots?

When I first saw this pop up as a common question, my first reaction was: “of course not”. But then, I thought about it and it’s not that straightforward. To answer the basic question: no, there are no “negative” Dalmatians that are all black with white spots. To go beyond that, I recommend you read question 19 to understand why.

21. How Often Should You Walk A Dalmatian?

You can take one or two walks a day but what you have to keep in mind is that 30 to 45 minutes daily is the minimum required. Dogs also like routine, so try to schedule the walk or the walks for around the same time each day. To be clear, we are talking about exercise, not potty routines.

Yes they do but they are known to be generally quiet. These dogs will mostly bark to alert you to a real danger if they are trained properly. You can check, they are on many top lists of dog breeds that bark the least.

23. Are Peas Bad For Dalmatians?

Peas should be avoided for Dalmatians. Although peas contain a lot of protein, we don’t recommend them as part of your dog food ingredients. These plants are high in purines that can cause the formation of stones and are not advised for dog breeds with known urinary tract issues.

24. What Is The Bite Force Of A Dalmatian?

Their bite power is about 170-200 lbs. This is a lot which is why it’s not surprising that this breed is on the lists of dogs with the strongest bite force.

25. What Are Nicknames For The Breed?

Historically, Dalmatians have been nicknamed many things, depending on the time, their duties or simply their striking looks. Here are a few that caught my attention:

Dalmatians have many talents, but they’re possibly best known for their skills as coaching dogs. That’s why they got the carriage and coach nicknames. The canines get along famously with horses, making them the ideal dog to run alongside carriages.

26. What Other Breeds Can Be Mixed With Dalmatians?

These dogs love to swim! They are often good swimmers and love to play in the water.

That’s As Far As I Got. Please Feed Me More Questions To Help Me Get To 101 Questions!

Can Dogs Eat Pork? Including Bacon?

Can Dogs Eat Pork? Including Bacon?