Tips to find the perfect name for your puppy 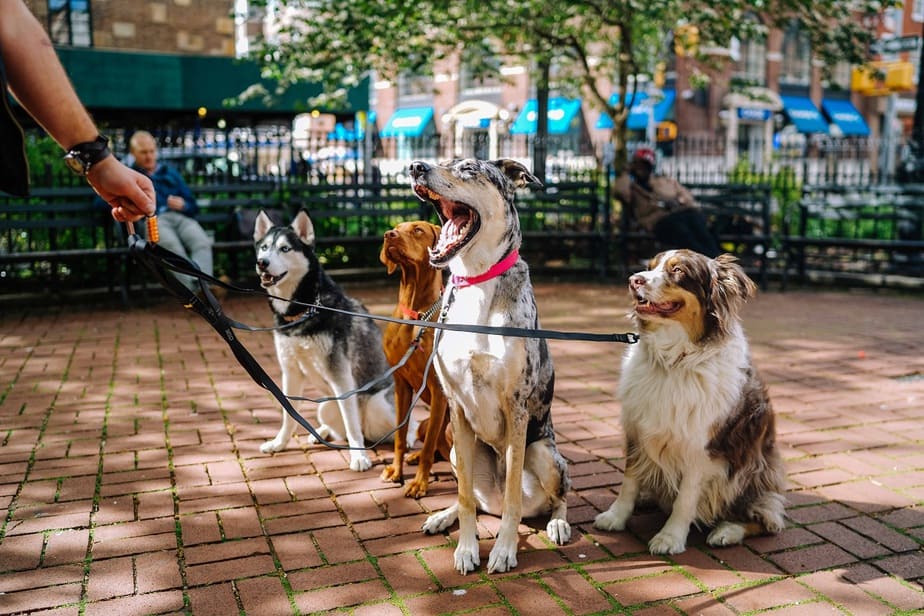 SHARE THIS ARTICLE!
Facebook
Pinterest
Email
You will use the dog's name over 35,000 times in its lifetime. Choose wisely or you may come to regret that decision.

You will use the dog’s name over 35,000 times in its lifetime so choose wisely. Remember that dogs understand brief commands. Pick something easy : two syllables max. It shouldn’t sound like the rest of the commands. For example, do not call your dog “Stacy”. It’s too close with the command “stay”. Having a name like that will only confuse the dog.

Do Not Name Your Dog Like a 5 Year Old

Remember that you will be using the dog’s name in public. “Boner” might be funny for your drinking buddies, but you will get a different reaction at the vet’s office, the park, and other public places. That doesn’t mean you shouldn’t include your kids in on the fun. Ask your kids what they want to name the dog. Let them participate in the process but reserve funky names when you are not out in public. One of my colleagues got stuck with “truck” as a name for his female cat because he couldn’t say no to his 4 year old son. Don’t be like that unless you are ready for a lifetime of jokes. Our neighbors’ cat is named “Boobs”. The mom is over it but the name stuck.

You may somehow think that it would be an honor for your Uncle Bob or best friend Mike if the dog is named after them. Maybe naming your baby after them might honor them, but naming your puppy after them won’t.

Help! I hate my dog’s name

If you decided to bring home a dog from the shelter, you may be stuck with a name you don’t like. If your dog is older, it would be probably better to stick with its old name. If the dog has the name of an ex or something you refuse to say in public? Here’s a tip: pick something that sounds similar to it. Try it out and see if that does the trick.

Originality is key. The American Kennel Club (AKC) doesn’t allow duplicate dog names, and will ask you to choose another name if your pick is already taken. Once you’ve chosen a name, try it out for a day or so. You’ll know right away whether it’s a keeper. If not, there’s always more puppy names on your list!

Pick a Name Based on Your Dog

Given a couple of days, your new dog’s personality will really shine through. Try “Cuddles” for the sweet little guy who loves to get cozy or “Puddles” for the pooch who can’t seem to find the doggie door.

Think about what your dog looks like: color, size, habits are all inspirations. “Stubbs” would be a great name for a dachshund pup. Or you may call a cream colored cock-a-poo “Buffy.”

Today, pooches have more celebrity following than their famous owners. Chew on “Lola,” a name used by both Hilary Duff and the Osbournes.

“Scooby” and “Astro” come to mind if you want to honor a famous TV pup.

Cool movies and cool dog names seem to go hand in hand. Cool Hand Luke’s “Blue” would be a fitting label for a variety of dogs. <li>Comic dogs. “Snoopy” will always be a favorite, but also consider “Daisy” or “Odie.”

For starters, try out “Fritz” or “Kaiser.”

“Finn” fits well for any pup, as does “Murphy,” which just happens to mean “hound of the sea.”

“Pierre” and “Gigi” are top contenders for any dog, especially those with a little oo-la-la in their genes.

Name Ideas for a Black Dog

Don’t be such a drag. Do not allow your pet to wallow in shame every time you call them by their silly name. It’s embarrassing! Growing up, every black lab in my neighborhood was named Blackey. Is this you? Inane names abound when it comes to dogs. I am more on the “insane” bandwagon. Make it memorable, show some creativity, don’t let my faith in humanity dwindle! Let’s banish uninspiring monikers. Dogs can last half a generation. That name is going to stick around for a while. Here are some ideas to get you started if you own a black dog:

Recapping Everything to Help You Get Started