The Not Small At All Yorkshire Terrier Breed Guide 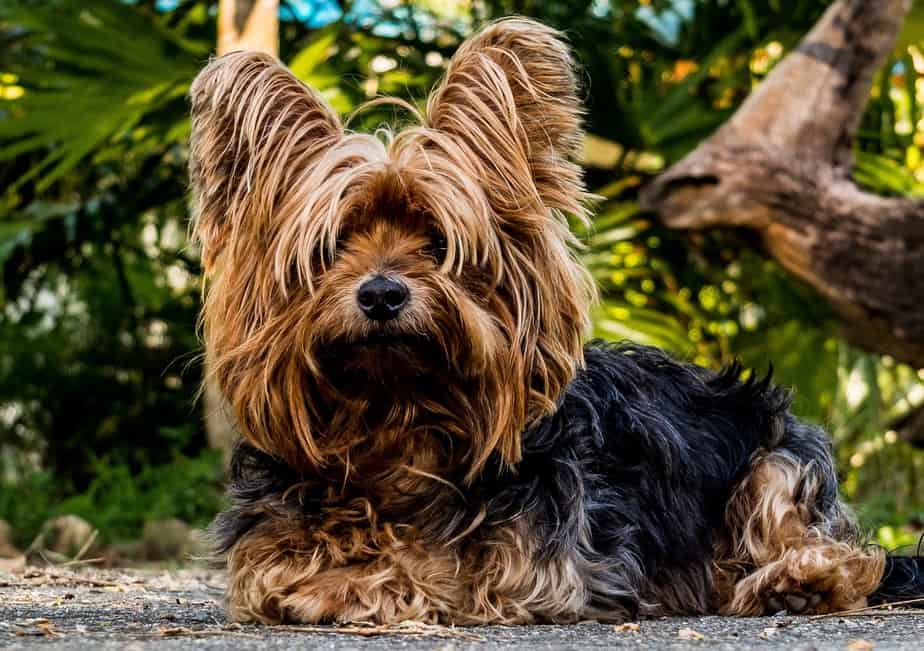 SHARE THIS ARTICLE!
Facebook
Pinterest
Email
What breed mixes creates the Yorkie? To answer that you must first meet Ben Huddersfield, the grandaddy of all yorkies. Learn some fun Yorkie facts!

Scottish weavers came to England with little terriers bred to hunt rats in the 19th century. These dogs were crossed and created “broken haired” terriers. In 1870, a “broken-haired Scotch terrier” was named a Yorkshire terrier by a reporter for its namesake town. Yorkies as they are known were originally working dogs. In the latter part of the Victorian era, they became very popular lap dogs. Once they made their way over to the U.S.A. in the 1970s, they became one of the country’s most beloved little furry companions. Yorkshire terriers are playful and bright, two big personality traits that make them a beloved dog breed world-wide.

Why are Yorkies such a Small Breed?

Scottish laborers were not allowed to hunt. An old law dating back to the 11th century forbade laborers from owning a dog big enough to hunt. Dogs had to pass through small 7 inch hoops to be approved. Yorkshire terriers were originally bred to be a hunting dog that was small enough to bypass the 7 inch rule.

What Kind of Dog Mix Resulted in the Yorkshire Terrier?

During the Industrial Revolution, the Paisley Terrier, or Clydesdale Terrier was crossed with other types of Terriers. English black terriers, tan toy terriers and Skye terriers were brought to the mix. The Maltese breed was also crossed with these dog breeds to create smaller dog breeds with long coats. You can still see the similarity in shape between the Maltese and today’s Yorkies. However, there aren’t any records about the early pedigree to confirm these crosses.

The father of the modern Yorkie is said to be a dog called Huddersfield “Ben”. Bred by Mr. Eastwood and owned by Mr. Foster; this was a very popular stud dog who had a great influence in the modern breed. He won many competitions and is believed to have set many of the standards for his breed type.

An Official Dog Breed Except for Teacup Yorkies

The British Kennel Club registered the first Yorkies in the British Kennel Club Stud Book in 1874. The American Kennel Club started recognizing Yorkshire Terriers as a breed in 1885. The breed standards for the Yorkshire Terrier have hardly changed. Some of the cross breeding which results in tiny “teacup” varieties can cause health problems for today’s Yorkshire terriers. Often their skulls are too small and this results in a range of respiratory problems. Dot buy teacup yorkies, the breeding practices to get these dogs cause a lot of health and behavioral problems.

Make sure you have a clear idea of exactly what you want before you start looking for a breeder. Male or female? Dominant or quiet and shy? What does your lifestyle look like? nant or quiet puppy? Your lifestyle and resources will play a large role in your choices.

Please steer clear of pet store puppies: dogs sold in pet stores are often breed in poor conditions and are not socialized well. Choosing a reputable breeder is important to avoid puppy mills. A health guarantee is needed to help prevent issues.

How to Care for Your Yorkshire Terrier

Content to be stroked and petted, your Yorkshire Terrier will gladly take up residence on your lap. Yorkies have a keen sense of adventure. They are brave and loyal and seem to be oblivious to their diminutive size. They are great apartment dogs.

Why Are Yorkshire Terriers So Aggressive?

These little dogs are territorial, assertive, independant and really value their privacy. These traits, coupled with their fearless nature can lead to aggressive behaviors. When properly trained, these dogs can be very affectionate and tolerant of other pets in the home.

Why Does My Yorkshire Terrier Smell?

Your Yorkie requires daily grooming otherwise their fur will start to smell bad. Make sure you bathe your yorkie regularly to keep them from being stinky!

Why Does My Yorkshire Terrier Shake?

Yorkies are also prone to a medical condition that can cause them to shake: hypoglycemia. Hypoglycemia can be caused by stress, lack of nutrients and being the runt of the litter.

Why Do Yorkshire Terriers Bark So Much?

Yorkshire terriers have a natural tendency to bark due to their nature. They are terriers and hunters. They bark to show excitement, to communicate or when they get agitated.

Why does my Yorkie Sleep So Much?

Adult Yorkies are very active little dogs. However, just like all dogs, they require more sleep than us humans. On average, a Yorkie will sleep on average 13 to 18 hours a day. A lot of Yorkshire Terriers will snooze when their owners sleep as well so you shouldn’t miss out on your puppy playtime too much!

Why Does my Yorkie Snort?

Yorkies sometimes snort. It’s a bit weird but it’s called reverse sneezing. This is a fairly common respiratory occurrence with dogs. It is often caused by irritation or inflammation of the nasal, pharyngeal, or sinus passages. If your dog reverse sneezes when running around or being excited, please, call your vet and have them checked out. It could be something benign, an allergy or something that requires a medical intervention. You never know so please call your vet before panicking or ignoring this snorting.